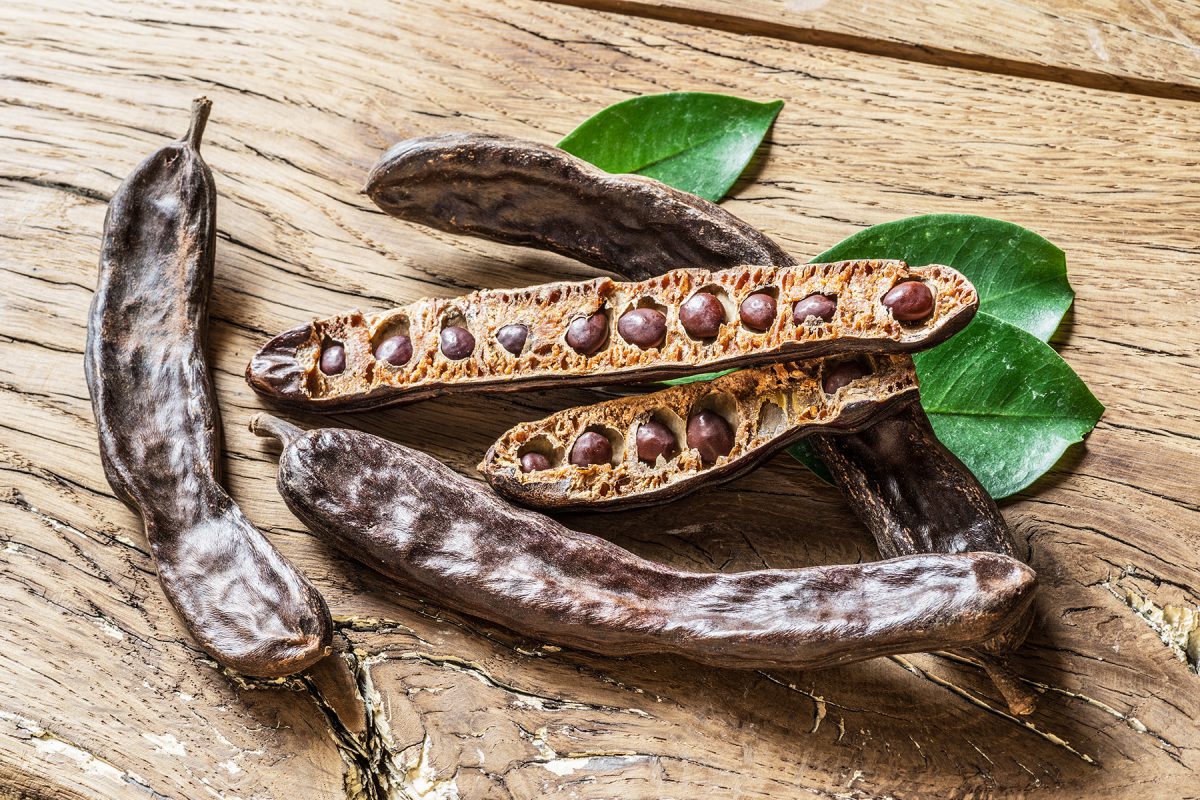 From “emergency food” in times of war and famine to a trendy superfood in our days, the Cretan carob had an adventurous route through history and culture.

Carob trees grow in abundance in Cretan nature and are indigenous to the wider Mediterranean area. Its lobe was consumed like a “chocolate” in bygone times and was the basis for a variety of food products, such as carob flour and carob syrup. Carob seeds were also widely used in the industry, mainly for film-making (before the invasion of digital photography) and are still used in the manufacturing of x-ray plates, contact lenses, etc.

Carobs helped the Cretan population survive World War II, as they are highly nutritious due to their high content in calcium, iron, vitamin A & B and several important minerals. During the war, Cretans grinded carobs to produce flour and make bread and rusks, or boiled them to make syrup. As carob became an essential, and, in a way, obligatory part of everyday nutrition, it became associated with poverty for many years after the war, and lost its value due to negative cultural connotations.

However, the Cretan carob has regained appreciation in modern times, as it has been officially acknowledged as a highly nutritious superfood and is widely sold in the international and local market. Plus, the carob tree is now considered to be an ideal tree for climate change, as it is easy to cultivate, does not require a lot of water and can survive long periods of drought.
The revival of Cretan carob has led to a recent and ongoing campaign to include it onto the UNESCO List of the Intangible Cultural Heritage of Humanity. Its great role in Cretan culture and cuisine is celebrated in festivals, such as the “Carob Festival” that takes place every summer in the village of Kato Pines near Elounda. Cretan companies now produce carob flour, carob syrup and other products such as rusks and cookies that become increasingly popular, and if you visit Crete you should definitely try this exceptionally nutritious treasure!

Previous Post Lassithi Plateau & Diktaion Andron, the birthplace of Zeus
Next Post A day trip to Ancient Lato and Kritsa