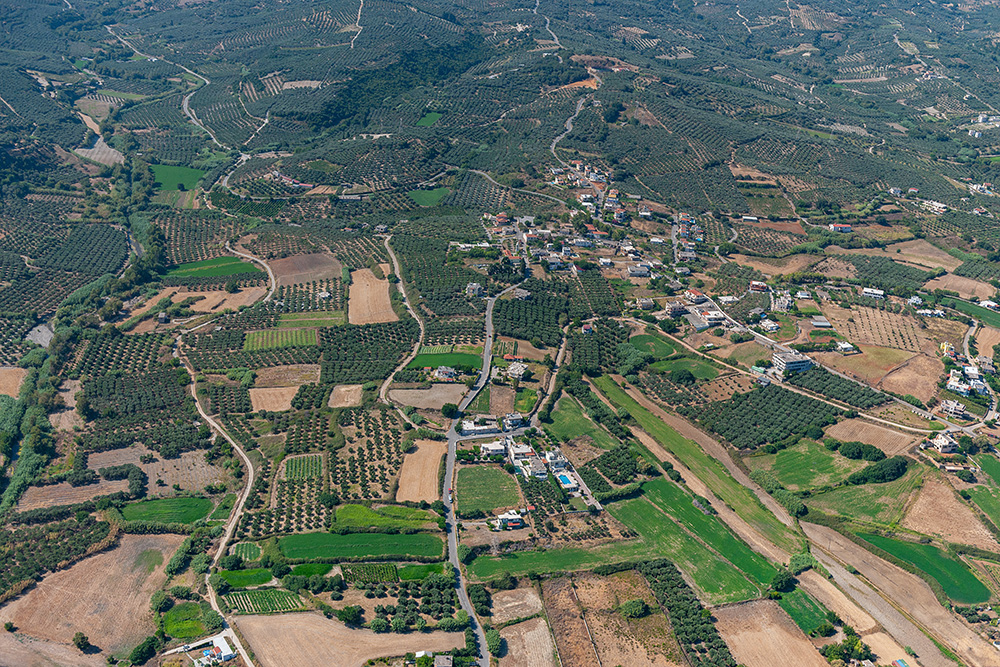 You will find Episkopi, a traditional Cretan village in a beguiling natural setting, about eighteen kilometers southeast of the Cretan capital Heraklion. It sits about 350 above sea level on a hill surrounded by vineyards and olive groves. Alongside herding, viticulture and olive growing are the main agricultural practices in this area – so, if you visit Episkopi, do taste the local wine and olive oil.

Episkopi’s history stretches back to the Minoan era, as archaeological finds attest. Archaeologists even unearthed a Minoan quarry in the area. A lot has changed in Episkopi through the ages, and today the visitor can appreciate the Byzantine heritage of the village preserved as monumental churches.

The village got its name around the late 900s when Hersonissos’ bishopric transferred here at the end of the Arabic domination (824-961). Hence, translated into English, Episkopi means bishopric or diocese.

There are several noteworthy churches from the Byzantine era to see when you visit Episkopi:

Besides the churches from the Byzantine period, you must visit the village’s parish church, Agios Minas – Kimisi Theotokou (St. Minas – The Assumption of Mary). This two-nave, barrel-vault church dates from 1882 – 1884. One nave is dedicated to the Assumption of Mary and the other to St. Minas; hence, the church has two celebrations: August 15 for Virgin Mary, and the other on November 11 for St. Minas. The church dominates the central Meidani Square of Episkopi. Enter to see the temple’s splendid marble iconostasis with all its valuable icons and experience peace and sacred characteristic to all Cretan churches.

You don’t have to be religious to enjoy these monuments. They have architectural, cultural, and artistic value. Stroll around Episkopi to observe the architecture of the Cretan homes too. The stop for a bite to eat at one of the local tavernas that serve traditional fare with a strong focus on meats and shared dishes.

Summers, you can catch an outdoor event in the village park, Panagiotakis, where you can find a theatre and a playground for the little ones.

Don’t leave Episkopi without a visit to the Argirakio War Ethnological Museum. This is a private institution, founded in 1994 by Michalis Argirakis to honor his parents, Ioannis and Kalliopi Argirakis, martyrs in the Cretan fight for freedom in World War II. The museum’s permanent exhibition showcases photographs, documents, and artifacts from the time, focusing on the Cretan movement during World War II and the Great Resistance following the war. The museum has a beautiful outdoor area, with trees shading cannons, trucks, and other military vehicles and weapons. Please note that the founder passed away in 2011, and the museum can now be seen only by appointment with the current managers.