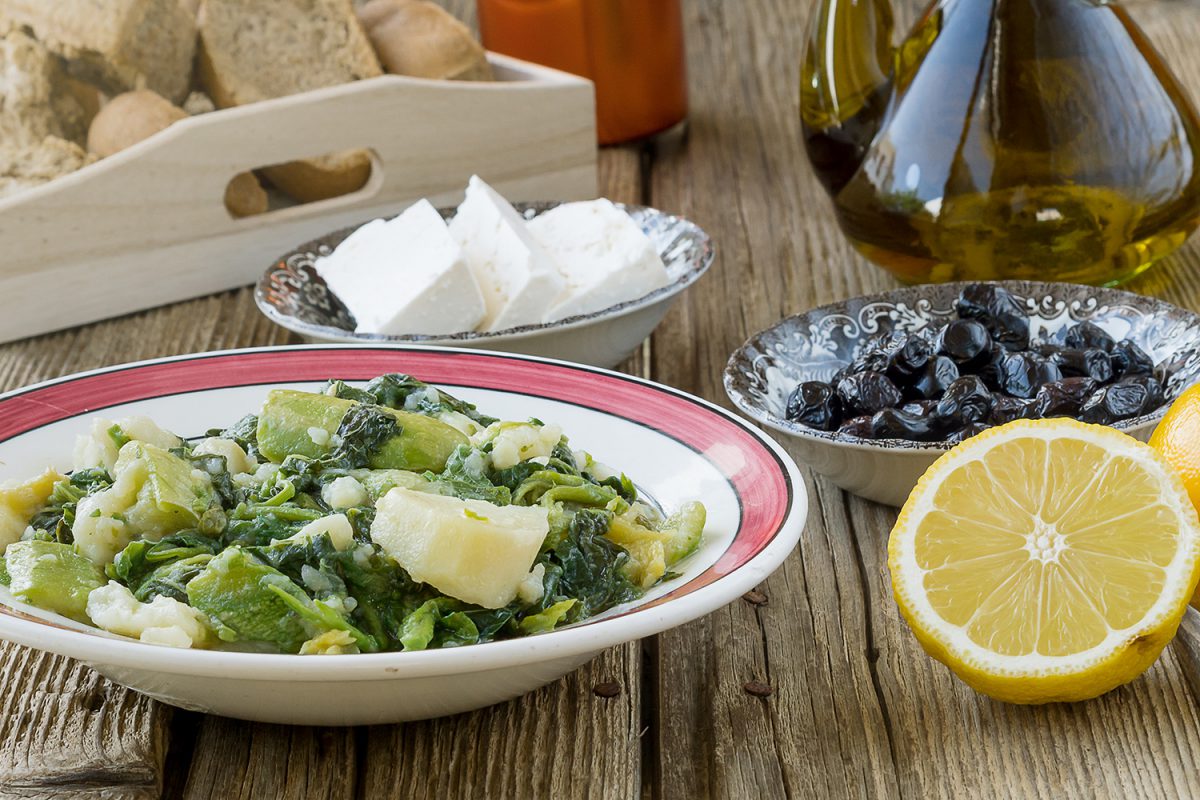 The secrets of the Cretan diet

The Cretan diet is known all across the world, as it is considered to be one of the healthiest diets according to numerous medical studies.

The Cretan Diet is essentially the “Mediterranean diet” and became famous after the Seven Countries Study, by American Professor Ancel Keys. This was the first major study to investigate diet and lifestyle along with other risk factors for cardiovascular disease, across contrasting countries and cultures and over an extended period of time. Of all the population groups in the study, the Cretans were the healthiest, with the lowest levels of cardiovascular diseases and cancer.

But what are the secrets of this healthy diet?

In the old days, Cretans were a poor, agricultural society, and had to eat only what their land produced, which means fruit, vegetables, pulses, whole grains and legumes. They also consumed – and still consume – wild greens that grow in abundance in the island, cooking them in innumerable ways, in pies, or as a main dish with raw olive oil and lemon, or accompanying meat in casseroles.

But perhaps the greatest secret of the Cretan diet is the extra virgin olive oil that Cretans use as the main cooking fat in every dish, even in their desserts. After all each Cretan family has its own olive groves, producing their own olive oil. The Cretan olive oil has extra healthy qualities: it protects from cardio-vascular diseases, it is full of vitamins, antioxidants and amino-oxides and is resistant at high temperatures. At the same time the olive oil blends perfectly with the pure flavors of the Cretan cuisine, which is quite simple and minimal, using only a few spices and aromatic herbs.

Although the local dairy products are an indispensable part of the Cretan diet (Crete produces a great variety of cheeses), the Cretans traditionally would consume meat only once per week, and mostly poultry, rabbits, goats & sheep that graze feely on Crete’s mountains. Pork was consumed during Christmas, whereas beef was rarely used in the Cretan cuisine. The Cretan cuisine also features a lot of creative dishes with… snails!

If you are interested to taste the authentic Cretan cuisine, ask for the Cretan dishes in the main restaurant Alexandros and Taverna Kriti at Alexander Beach Hotel & Village. Also, you can try home-cooked specialties at the local festivals that are organized every summer, in the nearby villages. The women of the village prepare traditional dishes and offer them during the festival. One of the most popular traditional summer festivals is organized in Mochos village, a short distance from Alexander Beach Hotel & Village.