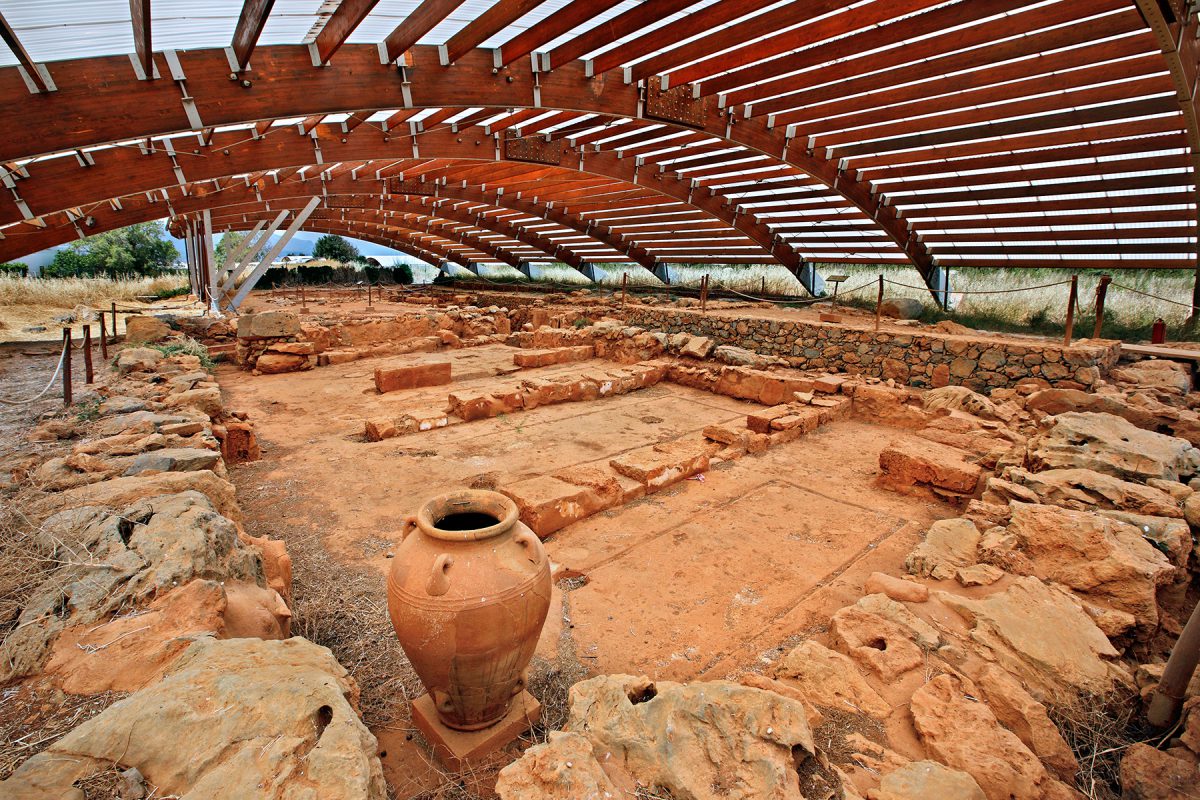 The archaeological site of Malia

Just a few kilometers away from the vibrant coast of Malia lies the third largest Minoan palace of Crete, covering an area of about 7.500 square meters. Even though the Palace of Malia stands in the shadow of the most popular Palace of Knossos, it remains one of the best places to visit in the area and a significant must-see Minoan site. Plus, the landscape is amazing, with breathtaking hills in the background and a spectacular view to the sea!

The palace was ruled by Sarpedon, son of Zeus and Europa and brother of King Minos. It was built in about 1900 B.C; but archaeological findings suggest that the area was inhabited since 6000-3000 B.C. The Palace was first destroyed in 1700 B.C from a strong earthquake, and was rebuilt in 1650 B.C. In 1450 B.C, the palace was utterly destroyed, probably by a fire, and there were no further attempts to rebuilt it.

Today, visitors can admire the ruins of the Neopalatial era and only a small part of the first Palace at the northwest part of the archaeological site. The designated route in the site starts from the north entrance, crosses the north courtyard and from there leads to the main building and great central courtyard, the heart of the Palace. The main building had two floors (you can still see the staircases), an oblong shape and four wings that housed reception halls, storerooms and religious chambers, such the ‘Loggia’ and the ‘Pillar crypt’. At the center of the courtyard, stands an impressive altar. The east wing included storerooms, organized with a system of channels and liquid collectors. The south wing was mostly occupied by residential rooms and hospitality chambers and in the southwest part of the Palace there are eight characteristic circular granaries. At the southwest part of the courtyard visitors can see the staircase where the famous “kernos” of Malia was found (a stone made ritual vessel with a series of shallow depressions arranged in a circle).
The name of the ancient settlement remains unknown, but according to some theories it might have been “Milatos” or “Tartarus”. The archaeological site of Malia houses the largest and best-preserved building complex of the Protopalatial period, covering an area of more than 3,000 square meters. Until today, two major buildings have been excavated: building A (840 m2) and Β (540 m2), as well as 7 other smaller buildings. The largest buildings most probably were administrative centers with important social and political role. As for the smaller buildings, most are considered to be craftsmen workshops (potter, bronze-worker and seal stone engraver).

You might need expert guidance to decipher the ruins and buildings of the site, but one thing is for sure: the feeling of walking on this ancient ground where the Minoan civilization flourished and myths were born, is truly unique and memorable!

Previous Post 5 family-friendly activities to enjoy in Crete
Next Post Easter in Crete: a celebration of the senses