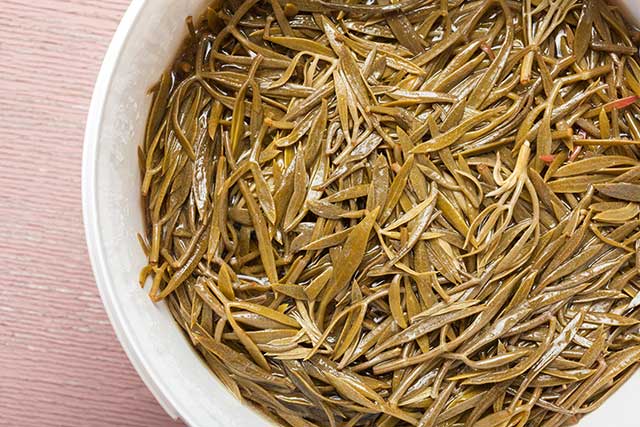 Kritamos, the food of the future

Kritamos is an edible wild plant traditionally found abundant along the rocky Mediterranean coastlines, as well as on the coasts of Britain and Ireland, while nowadays this unique little plant is sustainably cultivated. Its scientific name is Crithmum Maritimum, but it is also known as sea fennel, rock samphire, camphire, sampiere or kritamos in Greek, originating from the ancient Greek word for barley, krithmon, due to the fact that the seeds of both plants resemble one another.

Its therapeutic values have been known since antiquity and it is linked to ancient Greece in many ways – in the myths surrounding Prometheus and in Hippocratic medicine for its diuretic and detoxifying properties, while it is also praised by Dioscorides, the father of pharmacology, as well as by Pliny, the renowned botanist and author of the celebrated Natural History.

Today, kritamos is becoming increasingly known in the scientific community for its nutritional value, that has resulted in scientists characterizing it as ‘the food of the future’, and by top chefs all over the world for its wide culinary use.

In Greek cuisine it is widely used in salads, since its leaves and the most tender stalks can be pickled and preserved in brine for later use, and as a flavoring for the preparation of various dishes, since it adds an interesting dimension to them.

Full of antioxidants, with anti-inflammatory and anti-ageing properties, kritamos has use as such in cosmetics too, since it is said to give a healthy glow to the skin by promoting collagen and elastin production. It is also appreciated for its essential oils and mineral salts as for example iodine. Being rich in vitamins C, E and K, carotenoids, flavonoids and in omega-3 fatty acids, kritamos is one of the healthiest greens, so adding this superfood to your diet offers a blast of vitamins, minerals, phytonutrients and antioxidants to help you shield your body.