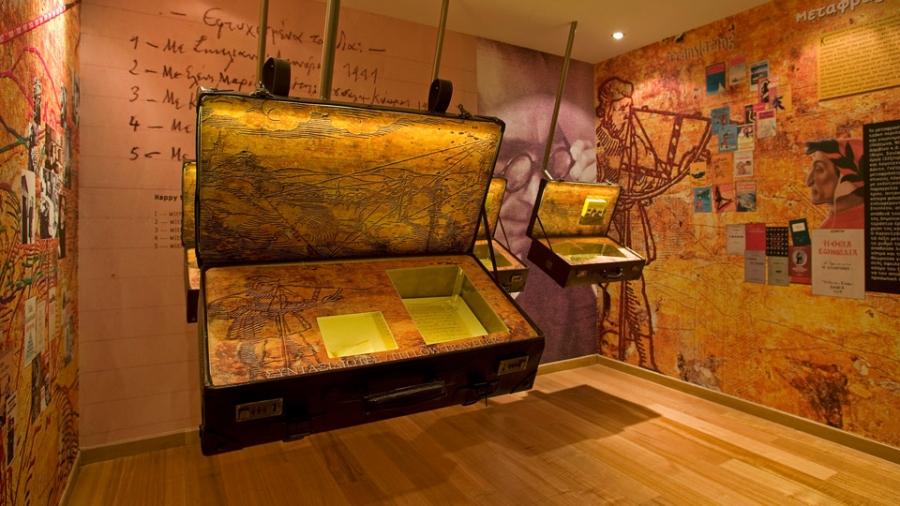 Kazantzakis Museum and the village of Myrtia

When you are in Crete you should consider taking an off the beaten track day trip in the Cretan inland to visit an impressive museum dedicated to the life and work of Nikos Kazantzakis and explore the beautiful historical village of Myrtia, 15km from the city of Heraklion and 45km from Malia.

Nikos Kazantzakis is perhaps one of the most famous Cretans internationally, an important author, intellectual and philosopher, whose works have been translated and published in over 50 countries and have been adapted for the theatre, the cinema, radio and television. His most famous novels include Zorba the Greek (1946), The Greek Passion (1948), Freedom or Death (1950), and The Last Temptation of Christ (1951). Nikos Kazantzakis was born in Heraklion when the island was still under Ottoman rule. He studied law in Athens philosophy in Paris and became an eager traveller and worked as a translator and newspaper correspondent, among other things. He started writing at an early age and was interested in a variety of genres, from poetry, travel literature and philosophy, but became famous mainly for his novels. Kazantzakis received the International Peace Award in Vienna in 1956 and was also nominated for the Nobel Prize in Literature.

The Museum in Myrtia was founded in 1983 and is housed in site formerly occupied by the home of the Anemoyannis family, which was related to the Kazantzakis’ family. In 2009, the Museum was renovated and became an exemplary museum of literature, following modern standards and aesthetics, and was even nominated for the “European Museum of the Year” award in 2012.

The exhibition includes rare audio-visual material, the author’s travel souvenirs, manuscripts, diaries and personal correspondence with major thinkers, politicians and authors of his time; the first editions of his works in Greek and other languages; art pieces inspired by his work and many other personal items that commemorate his work and personality.

The museum also hosts a variety of cultural events and festivals, especially in the summer, making it an intellectual and cultural hotspot that attracts visitors from all around the world.

After your visit to the museum, take a stroll at the village to admire the traditional architecture and surrounding nature, and notice the street names: they are all named after the author’s literary characters, the titles of his books, his inspirations, the places he visited and the people he met!

Tags: attractions, crete, daytrip, museums, what to do

Previous Post Trygos: Grape harvest in Crete
Next Post A day trip to the historical city of Rethymno