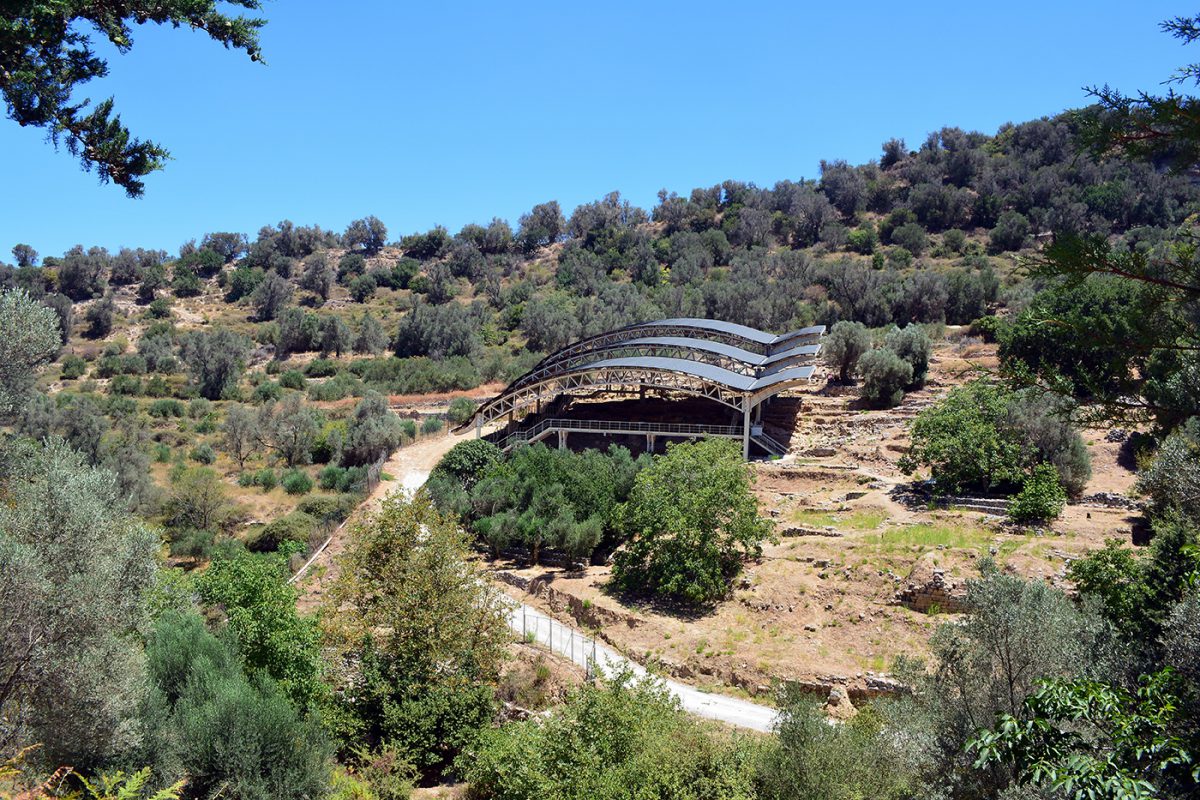 Eleutherna, the heart of Crete

According to historians and archaeologists who have thoroughly studied the ancient civilization that flourished in Crete, if you were to imagine Crete as a human being, Eleutherna would be its heart.

Some 30km southeast of the city of Rethymnon and very near to the great convent of Arcadi, situated on the northwest ridges of Mount Ida (Psiloritis) at 380 meters above sea level, Eleutherna, also called Apollonia, was one of the island’s most important city-states laying between ancient Knossos and Cydonia.

Allegedly named after Eleuthereas, one of the nine dancers (Kouretes) that were entrusted with the upbringing of Zeus (the king of gods in Greek mythology), the heart of Eleutherna beat for a very long time, from the Neolithic era to the Byzantine period. The hundreds of objects and the remains of houses uncovered indicate a constant human presence that dates back to 3000 BC, architecture from the late Minoan period, prosperity in Homeric times and a great burst of growth in the Roman era, while its decline was gradual starting in the 8th century AD and culminating in the 13th century.

The ancient city is believed to have been founded in the Geometric period (970-820 BC) and was built on a hill and enclosed by a wall, parts of which still remain today. Its rich surrounding landscapes also contributed to the city’s great economic success mainly through overseas trade. Hundreds of ancient artifacts (jewelry, sculptures, tolls etc.) made of clay, stone, gold, silver, copper and iron portray the city’s significant role and power and are exhibited at the Museum of Ancient Eleutherna.

The Museum, inaugurated in June 2016, houses the results of the excavations carried out for thirty years, while the continuous enrichment of its collection and the periodical update of the permanent exhibition (also accompanied by original and modern audiovisual exhibits) keep the public’s interest alive. Besides the city’s settlement patterns and sanctuaries, surveys and systematic excavations have also revealed almost unscathed the Necropolis of Orthi Petra, where the most impressive finds come from.

Once a prosperous independent city, Eleutherna is today a striking archaeological spot, with an on-site museum that presents in the most fascinating way the city’s history and great acme.