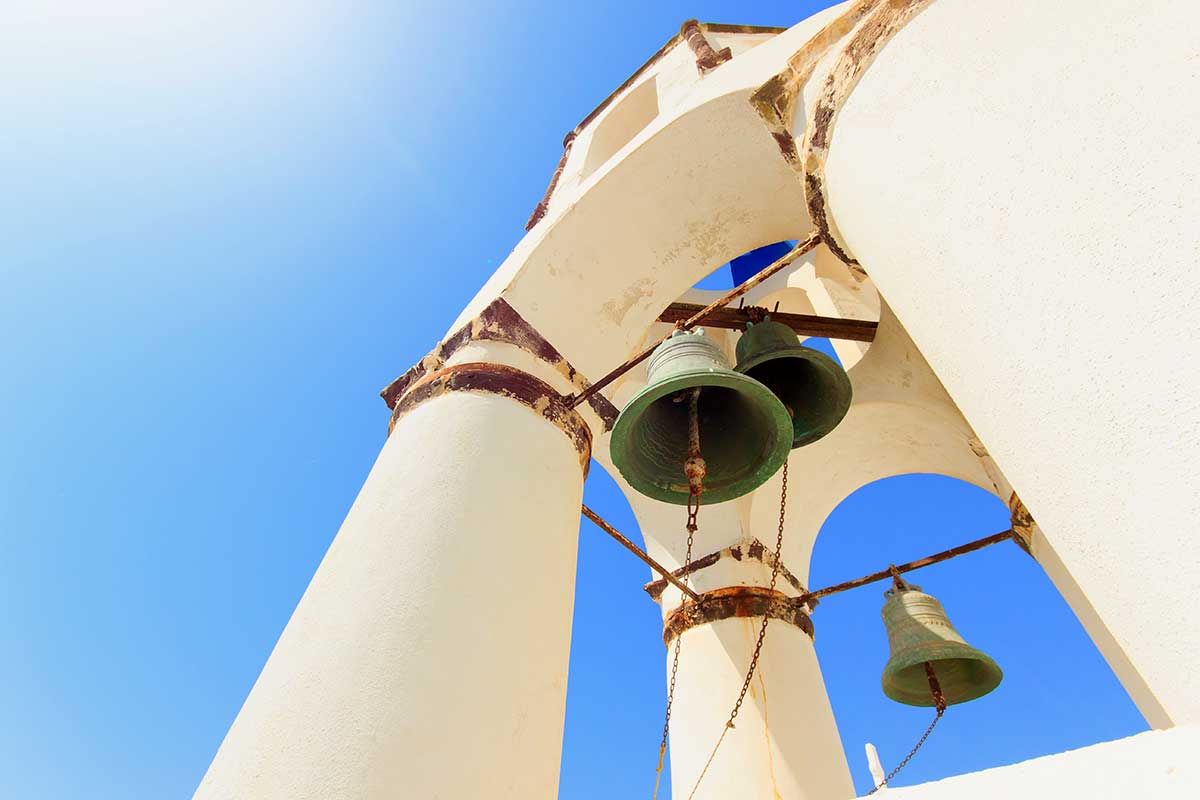 If you happen to be in Crete during Lenten or Easter, you will observe cherished customs and traditions that unite families and friends in observance of Christ’s resurrection. And, you probably do not know it yet, but Easter is the most important holiday in the Greek Orthodox calendar and, for the Greek people. It is more significant than Christmas or any other religious celebration.

When Is Easter in Crete?

Here are the Greek Orthodox Easter dates, starting with 2022 and ending with 2032:

Sometimes – rarely – the dates coincide. For example, both rites will celebrate Easter on April 20 in 2025.

Before the First Council of Nicaea in 325, when there was no Catholic/Orthodox separation in Church, Easter was observed either on the 14th day of the lunar month of Nisan (on a full moon) or on the Sunday following the Jewish Passover.

In 725, Saint Bede compiled a new Easter table stipulating that the celebration would occur on the first Sunday following the first full moon after the vernal equinox. The formula is still valid today; however, since the vernal equinox happens on March 19, 20, or 21 every year in the Northern Hemisphere, the Church chose only one date, March 21, as a point of reference.

The Great Schism or Schism of 1054 split the once unified Church into two rites: West (Roman Catholic) and East (Eastern Orthodox or Greek Orthodox). Both newly formed rites celebrated Easter after Saint Bede’s formula, following the Julian calendar until 1582.

Pope Gregory XIII reformed the Julian calendar in 1582, instituting the new Gregorian calendar – the one with an extra day added in February every four years.

Now that you know the Easter dates and why they usually differ from the Catholic dates, you should also know some things about the customs and traditions surrounding this celebration. Many of them originated outside the Church – the Carnival, for example.

Ten days before Lenten, Cretans celebrate “Apokries,” a sort of last “hurrah” before 40 days of fasting and prayer. Although it is supposed to last 40 days, Lenten is longer if you include the Holy Week – from Palm Sunday until Holy Saturday – before Easter Sunday, when people are still fasting.

Preparations for Easter Sunday begin on Holy Thursday when Cretan mothers and grandmothers dye Easter Eggs. Decorating is not traditional, but modern homes practice it to bring joy to the eyes of children.

The traditional colour is red, symbolizing the blood of Christ. But, again, modern families will use other colours, but not for going to church or social occasions with strangers.

Many women, especially in villages, will bake tsoureki sweet bread before Easter Sunday. You can find it in bakeries if you do not have any local contacts on the island. Unfortunately, tsoureki is only available for Easter, although the bakery-made may not have the red-dyed egg in the middle of the braids.

On Good Friday, you will wake to the peal of the bells announcing the Epitaphios regardless of where you are on the island. People flock to Church from dawn till late evening to see the Epitaphios and kiss the bier before the priests begin a funerary procession carrying the bier around the candlelit streets.

Easter Saturday morning you could go to a souvenir shop or a traditional market to buy lambathas (or lampades) – Easter Candles, which have beautiful decorations for the occasion.

If you want to observe the Pascal Vigil, it begins an hour before midnight in all churches. However, the Midnight Office is long, so you do not have to arrive in time. When it ends, all the lights go down. Then, the priest lights a candle from the eternal flame on the altar to bring the “light of Christ” to the worshipers attending the liturgy, who will ignite their candles from it before joining a procession that circles the Church to recreate the journey of the Myrofóroi (Myrrhbearers) who discovered the empty Tomb of Christ. This procession will stop before the Church’s closed doors. The priest will then open them – as in “rolling away of the stone” from Christ’s tomb – and invites the faithful to the Divine Liturgy to receive Holy Communion. This act will not stop until the last person receives Communion. In crowded churches, it can last until morning.

Some Easter customs are typical to every village or region occurring on Easter Sunday. For example, in Crete, they burn an effigy of Judas Iscariot next to the Church on a bonfire made with wood gathered by children during the Holy Week.

Holy Sunday is finally an occasion for people to end the long Lenten fast and gather for a copious feast. “Christós anésti!” (“Christ is risen!”) is the customary greeting instead of hello, good morning, or anything else. The celebrations continue Easter Monday and Tuesday.

So, if you are on Crete Island on these special days, you now know what to expect and look for during your stay.