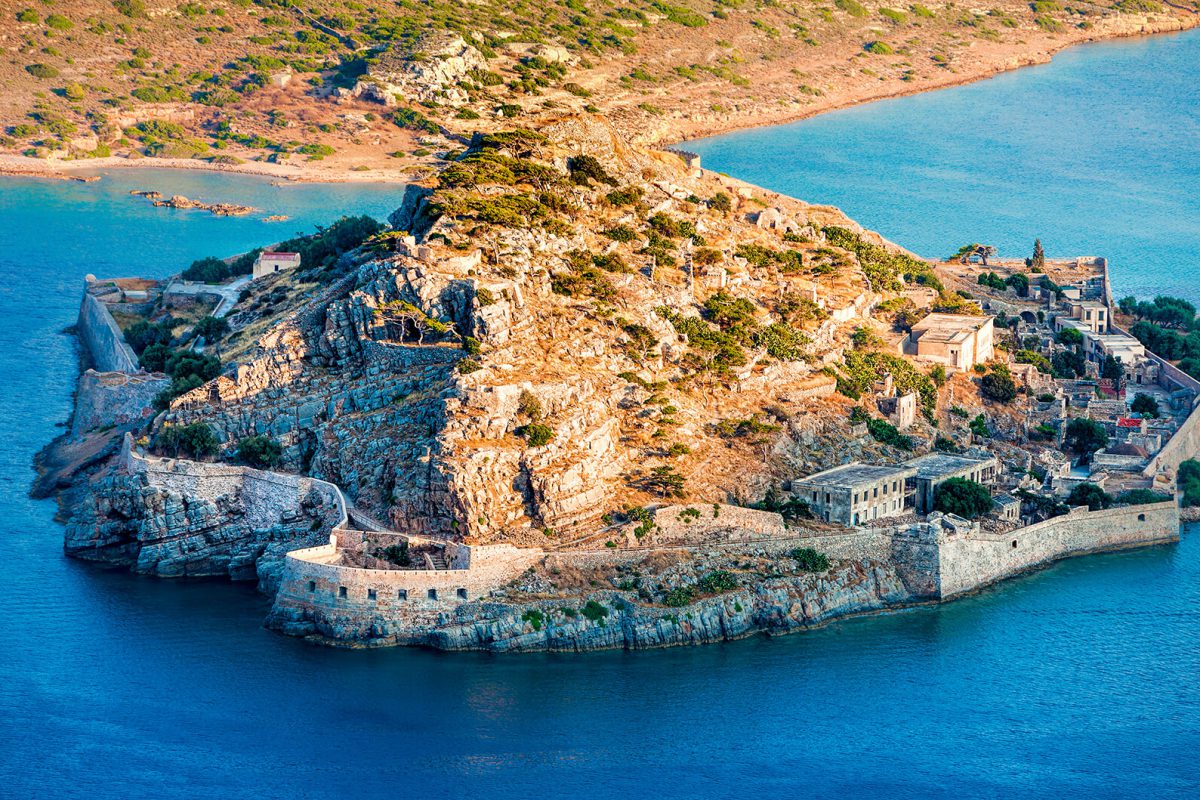 The small island of Spinalonga is the second most visited attraction in Crete after Knossos, as its “dark” history inspires awe and curiosity to locals and visitors alike. The island is located in a landscape of exceptional beauty, at the heart of Elounda bay, across the picturesque fishing village of Plaka, and protected by the imposing hills of Mirambello.

The now-uninhabited island of Spinalonga was fortified in the 16th-century, during the Venetian period, in order to defend the bay. The name “Spinalonga” (“long thorn”) was established during this period and is maintained by the locals to our days.  During the Ottoman period, Spinalonga hosted an Ottoman village until about the beginning of the 20th century. Spinalonga then became a leper colony from 1903 to 1957 and hosted a population of about 400 inhabitants who lived there in obligatory isolation from the rest of the world, as at the time misconceptions and fear of leprosy (Hansen’s disease) prevailed.

During this period, the island became the setting of many touching human stories about social stigma, family trauma, and resilience that inspired several film productions, artworks, and novels, including “The Island”, written by Victoria Hislop, about a family’s ties to the leper colony.

Spinalonga is just a 40-minute drive away from Malia and makes a perfect day trip that easily combines a visit to one of the most important historical sites of Crete with a day at the beach and the beautiful settlement of Plaka, featuring first-class fish restaurants and lovely cafes.

There are several daily boat trips to Spinalonga from Plaka, Elounda and Agios Nikolaos. We recommend hiring a guide to show you around the island of Spinalonga, give you a better insight into the island’s history and reveal all the stories connected to the buildings. The stone-made ruined buildings and alleys of Spinalonga, overlooking the serene bay and the striking mountains over Plaka, make a scenery that you will never forget.

Start your trip early so you will have time to enjoy the crystal clear sea and the wonderful beaches of the area, and finish the day with a delicious meal in one of the many fish taverns of Plaka!