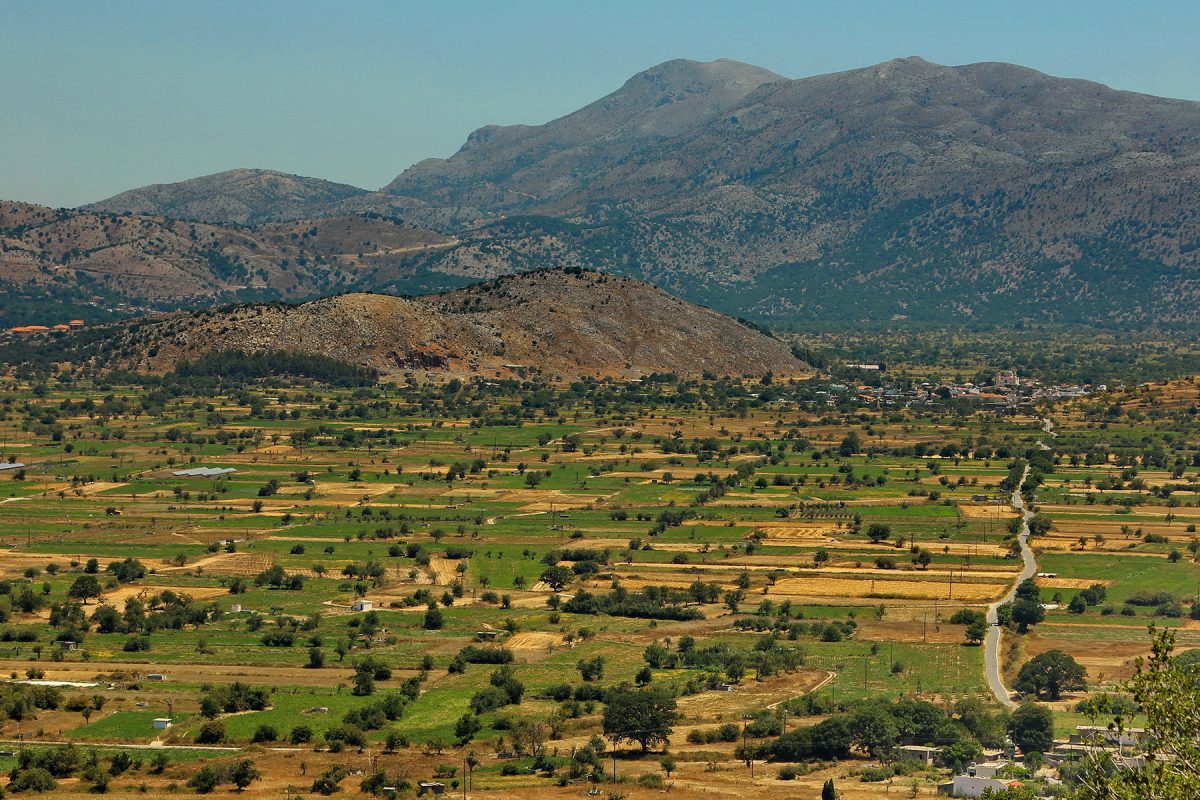 There are few places on earth that are distinguished for their unique natural beauty and staggering archaeological and mythological importance. One of these places is the cave of Diktaion Andron in Crete, the birthplace of Zeus.

Located in Lassithi Plateau at an altitude of 1025m and about 30 km away from the coast of Hersonissos, Diktaion Andron is an easy and rewarding day trip.

According to mythology, Cronus (Saturn), the father of Zeus, devoured his own children out of fear that one of them will dethrone him. When his wife, Rhea, gave birth to Zeus in the cave of Diktaion Andron, she decided to save him and tricked Cronus by giving him a rock wrapped in swaddling clothes to swallow instead of the baby. She left Zeus in the cave, to be raised with the milk of the mythical goat Amalthea and the honey of nymph Melissa. Kouretes, the faithful guardians of Zeus, protected the cave. It is believed that King Minos was the son of Zeus and born in the same cave. According to another legend, King Minos met with Zeus in Diktaion Andron every nine years, when the orbits of the moon and the sun converged, to adopt new rules to govern the island.

The great significance of the cave is not based solely on mythology. A large number of archaeological findings ranging from tools and weapons to votive offerings, pottery art, and jewelry suggest human activity in Diktaion Andron from the Neolithic times and throughout the Minoan, Classical, Hellenistic and Roman period. The cave has been used for residence, burials and most notably, as a site of worship since 2000 BC. Findings also suggest that a war goddess was worshiped there, perhaps related to Venus or even Ariadne. Some of these findings are kept in the Archaeological Museum of Heraklion.

To visit Diktaion Andron you need to drive up Lassithi plateau and then to the village of Psychro. Leave your car in the parking area and walk up the cave entrance. There are two trails that lead to the cave, the “ancient” one (the same followed by the Minoans), which, however, is rougher, and a new path that is easier but not so well protected from the sun. The hike from either trail will take you approx. 20 to 30 minutes. There is also the option to hire a taxi-donkey! The views to the Lassithi Plateau from both trails are spectacular. Near the entrance of the cave, there is a kiosk where you can buy your tickets and refreshments. The cave covers an area of 2200 sq.m and is specially designed for visitors with well- lit paths that will take you to the different chambers and main attractions. Diktaion Andron is one of the most beautiful caves of Crete with impressive decor and dramatic stalagmites and stalactites. Its central place in history and mythology made it known as the Bethlehem of the Ancient World, and it is definitely a must-see attraction during your stay in Crete!