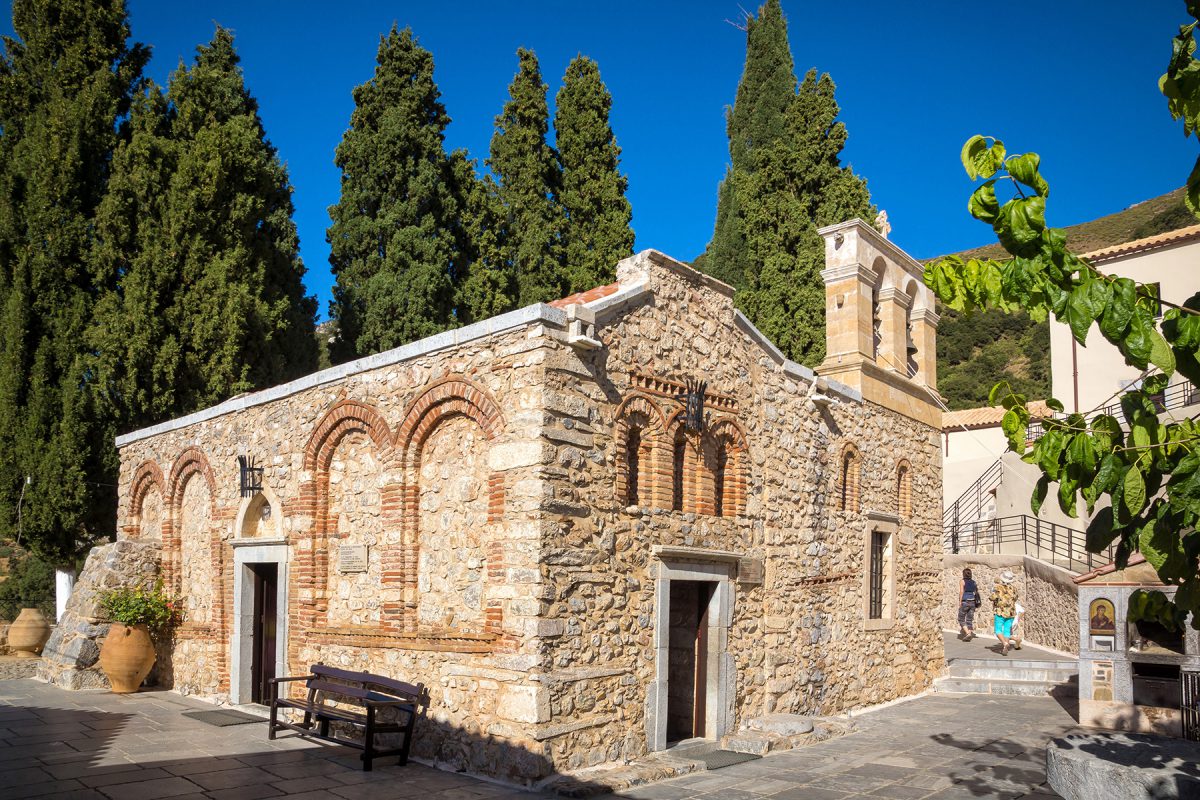 From Minoan times to the Byzantine period and the prevalence of Orthodox Christianity, Crete has always been a place of spirituality, religious contestation and co-existence. The island counts many ancient shrines, temples, monasteries and extraordinary samples of religious art.

The Monastery of Kera Kardiotissa is one of the most famous and beautiful monasteries of the island located just 15km from the coast of Malia, making a lovely day trip that can be combined with Lassithi Plateau. The exact date of its foundation is unknown, but the oldest historical reference of the monastery is found on a 1333 AD Venetian document. Kera Kardiotissa is dedicated to the Virgin Mary (Panagia) and is a historical monastery connected to many important events and traditions. First of all, the monastery is famous because it hosted the miraculous icon of the Virgin Mary, which, according to tradition, was stolen many times but returned to the monastery on its own! According to tradition, the icon was stolen by the Turks and taken to Constantinople, but later miraculously appeared again in the monastery. The Turks managed to steal the icon again, and this time they chained it to a column. Again, the icon returned to the monastery, together with the chain and the column!

During the Venetian period, the icon was stolen once again by a Venetian merchant and was taken to Rome. In 1735, the original icon was replaced by another icon, which is considered to be equally miraculous. However, this one too was stolen in 1982 by burglars who wanted to sell it in the black market, but were later arrested. The original icon is currently kept at the temple of St. Alphonsus, in Esquilino, Rome.

Apart from the exciting legends and traditions, the Monastery of Kera Kardiotissa played an important role during the Cretan revolutions against the Ottomans because of its fortified structure. Today the Monastery serves as a nunnery and it is worth a visit to admire the beautiful stone-built temple dedicated to the Nativity of Mary and its serene environment.