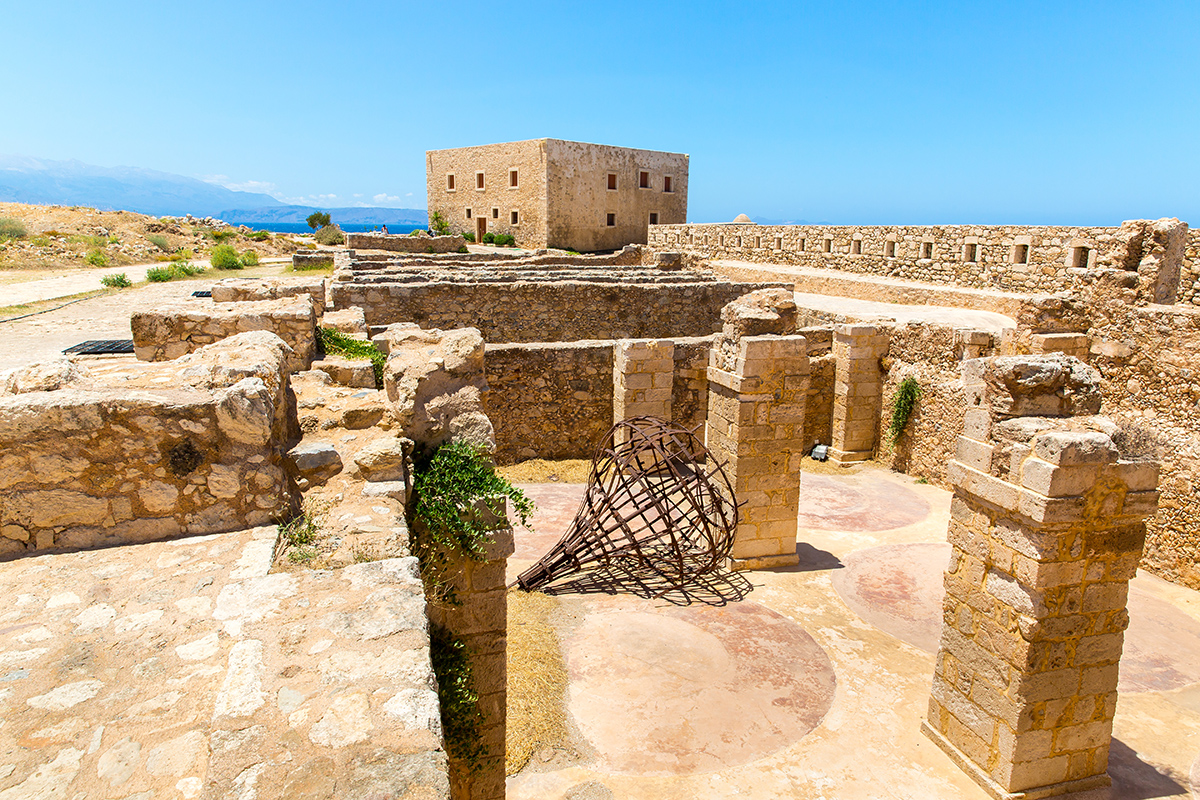 A day trip to the historical city of Rethymno

Rethymno is the third largest city in Crete (after Heraklion and Chania) with a long history that goes back to the Minoan times and an impressive old town with numerous Venetian and Ottoman monuments. More than that, Rethymno is an idyllic destination with picturesque narrow lanes, a scenic old port and traditional shops and restaurants that preserve the authentic Cretan vibe.

In Minoan times, the town was known as ancient Rhithymna had its own coins. The town’s crest, two dolphins in a circle, is inspired from one of these ancient coins. The period of glory for Rethymno, however, was definitely the Venetian Era, when the town served as a commercial station between Heraklion and Chania. Today’s old town was almost entirely built by the Republic of Venice and maintains its Venetian character more than the other Cretan cities. When you take a walk through the narrow lanes of the old town, you will notice numerous old buildings with Venetian architecture, but also monuments and buildings from the Byzantine, Roman and Ottoman period. The Venetian fortress of Fortezza, a must-see, overlooks the city and the Cretan sea, and the Venetian loggia in the center today houses the information office of the Ministry of Culture and Sports. Fortezza is one of the best-preserved fortresses in Crete and often hosts cultural events in the summer. Other emblematic city monuments include the Neratze mosque next to a large square, the Great Gate or Porta Guora (which is actually quite narrow!), and Piazza Rimondi.

The central bus station of Rethymno is situated at the western part of the city, just a few minutes away from the fortress of Fortezza and the old port. Take a stroll next to the sea and take pictures of the old lighthouse and the traditional fishing boats, before you continue into the heart of the old town, passing next to the Venetian Loggia and then all the way up until you see Rimondi Fountain – another essential photoshooting stop!

Explore the picturesque alleys, taste handmade ice cream or traditional pies on the way, and search for the lovely church of Our Lady of the Angels and Nerantze Mosque. Take a break in one of the town’s numerous coffee shops or taverns for a quick bite, and remember to save some time to visit the fortress of Fortezza and explore more alleys, as there are still lots of hidden monuments to discover. Finally, cross the Great Gate, the passage to the modern city of Rethymno, and take a rest under the shade of the trees in the Municipal Garden, which also hosts many festivals and events in the summer, such as the Festival of Cretan Gastronomy and a Wine Festival in about the beginning of July. Alternatively, go back to the old port and head east towards the sandy city beach for a refreshing swim to conclude a perfect day tip in this beautiful historical city!

Tags: city, daytrips, rethymno, TRAVEL, what to do