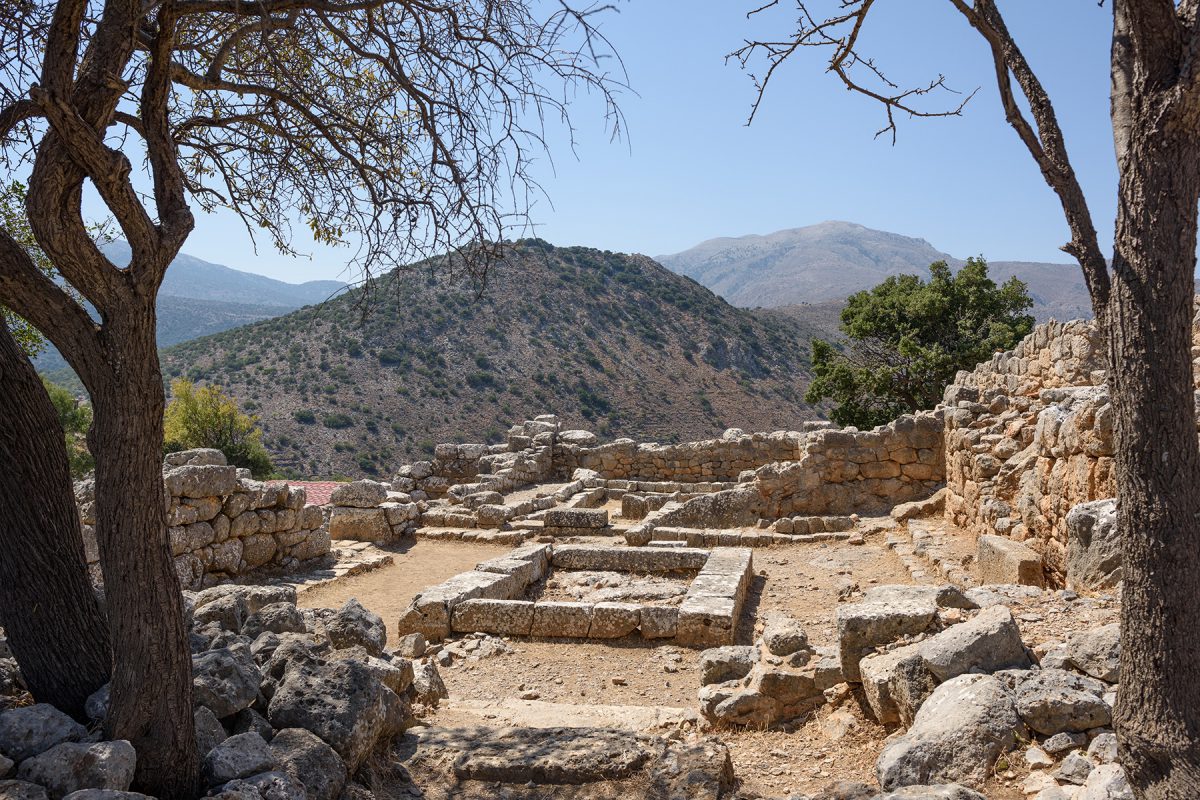 A day trip to Ancient Lato and Kritsa

Situated about 40km from Malia and 10km from Agios Nikolaos, Kritsa is one of the most beautiful villages in Crete and a must-visit if you are in the region. Built amphitheatrically on the mountain in an altitude of 375 m. Kritsa is known for its traditional architecture, lovely paved alleys, traditional cafes and taverns, and unique beauty. Plus, just 3km away from the villages stands Ancient Lato, one of the most important ancient cities in Crete with two acropoleis!

Visit the ancient city of Lato first, preferably early in the morning to avoid the midday heat and also because the site is open from 8.30 until 15.00.

According to historical evidence, the region has been inhabited since the second millennium BC. Ancient Lato is set in an enchanting landscape overlooking the Gulf of Mirabello and is known as the best-preserved city of the Classical / Hellenistic period in Crete. When you enter the site, you first see its well-preserved impressive gate and the strong defensive wall. Climb up the hill and explore a series of spaces that once housed shops, workshops and the city’s agora. Notice that the city extended across two hills, forming the northern and southern citadel. A monumental stairway leads to the most important building of the Lato, the “Prytaneion”, consisting of a colonnaded courtyard in the east and a rectangular room with a central hearth in the west, the “restaurant”. This is where princes and lords enjoyed their meals and accepted their distinguished guests! Next, visit the southern citadel to see the ruins of a large temple where the base of a devotional statue lies, which, unfortunately, did not survive the passage of time. East of the temple you can see the remains of an ancient theater, partly carved into the rocks. From here, the view to the Gulf of Mirabello and Agios Nikolaos is impressive. After your visit, you will understand why Ancient Lato is one of Crete’s best-kept secrets that rewards visitors with its unique beauty and charm.

Next, head back to the village of Kritsa to explore its colorful paved alleys and enjoy a traditional meal in one of the taverns in the main square. Notice the traditional architecture in the old houses and fountains, some of which have been declared as historical monuments. Shop high-quality local products, such as pottery, leather goods, original souvenirs and even clothes from Greek designers in the village main streets. You should know that Kritsa is considered to be one of the most important centers of weaving art and also produces one of the best extra virgin olive oils in Crete and Greece! You can even visit a traditional olive press to learn more about traditional production methods and taste the excellent olive oil of the region.